On this course, we will journey across time and space with and through Shakespeare. An avid (albeit armchair) traveler, the Bard was fascinated with the lands and people that existed beyond early modern England’s shores and, fulfilling the newly-erected theaters’ promise to “the Globe … compass soon” transported Venice, Vienna, Athens and Elsinore to the ‘Wooden O’. Now, his plays travel transnationally, temporally and across genres, and can be found performed in the most distant and unlikely places. Shakespeare Journeys charts the travels of Shakespeare’s texts from page-to-stage-to-screen and from the local to the global. It highlights the playwright’s role in a mixed-media, global context and offers insight into the process of adapting, appropriating and translating the dramatist’s work, a process that seems never-ending.

You have no featured exhibits.

Gertrude and Ophelia: A Creative Rewriting

An Exploration of Gertrude and Ophelia

In my many readings of Shakespeare’s Hamlet, I am often presented with the idea that Gertrude may have… 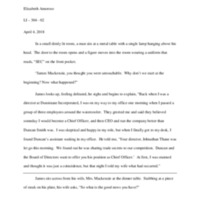 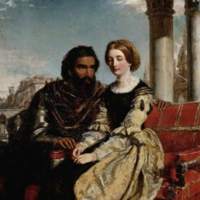 No featured items are available.